The Mille Miglia was an open-road endurance race which took place in Italy twenty-four times from 1927 to 1957 and like the older Targa Florio and later the Carrera Panamericana, the MM made grand tourers like Alfa Romeo, BMW, Ferrari, Maserati, Mercedes Benz and Porsche famous.
Since 1977, the "Mille Miglia" has been reborn as a regularity race for classic and vintage cars. Participation is limited to cars, produced no later than 1957, which had attended (or were registered) to the original race. The route (Brescia-Rome round trip) is similar to that of the original race, maintaining the point of departure / arrival in Viale Venezia in Brescia.
The 2018 edition of the Mille Miglia was held this past May, from the 16th until the 19th, in Italy on traditional route Brescia - Roma - Brescia and PACTO was present to show a special edition of our Carrera helmet, a yellow replica in honor of the Italian pilot Luigi Musso. 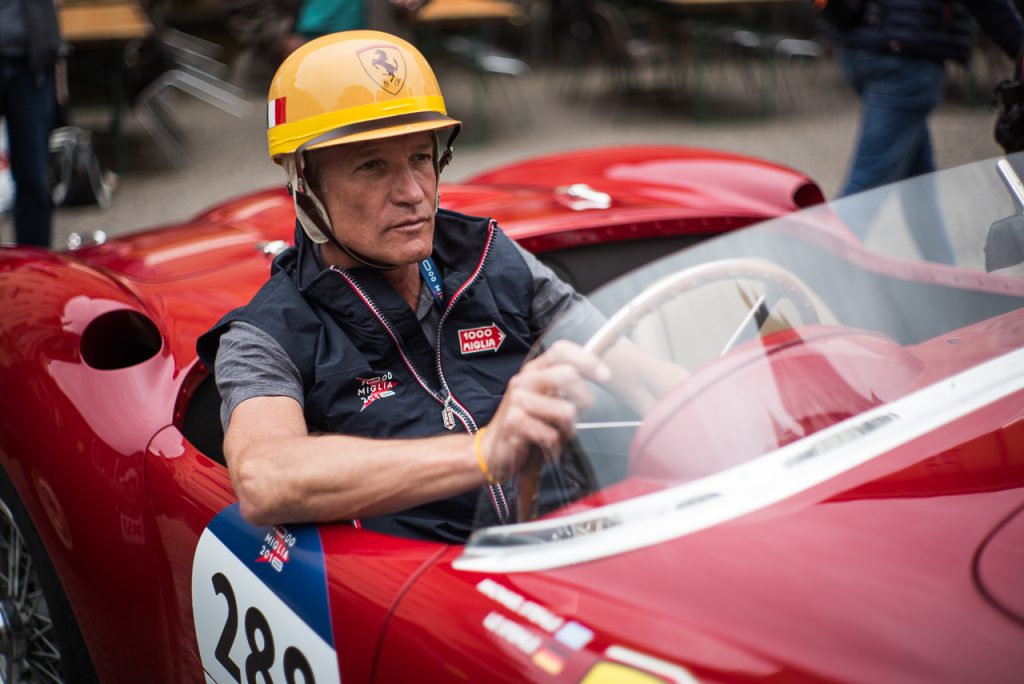 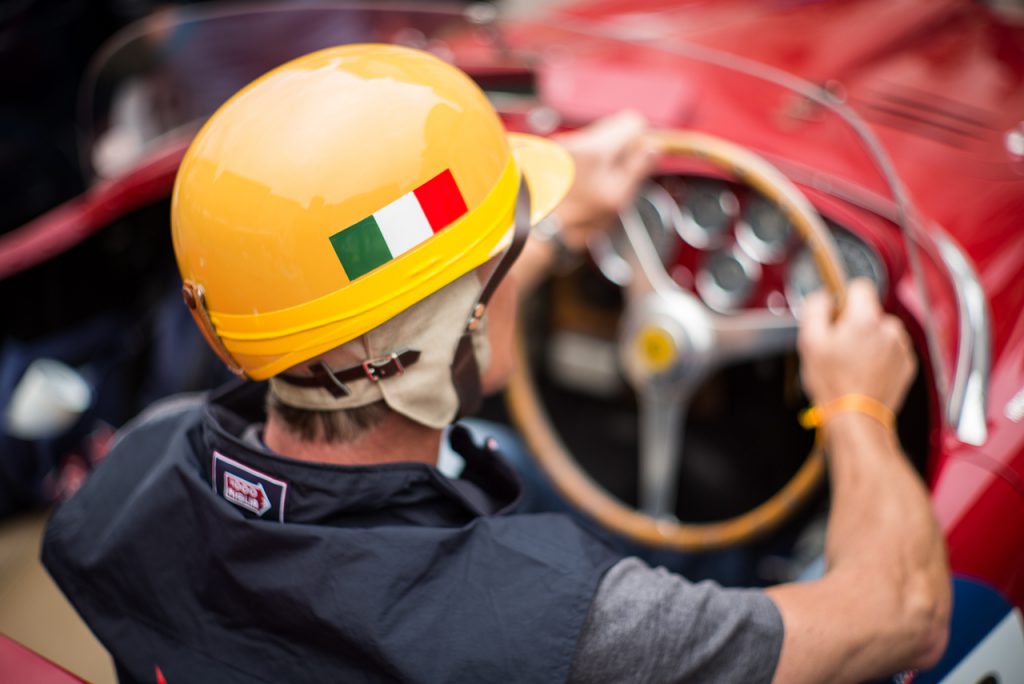 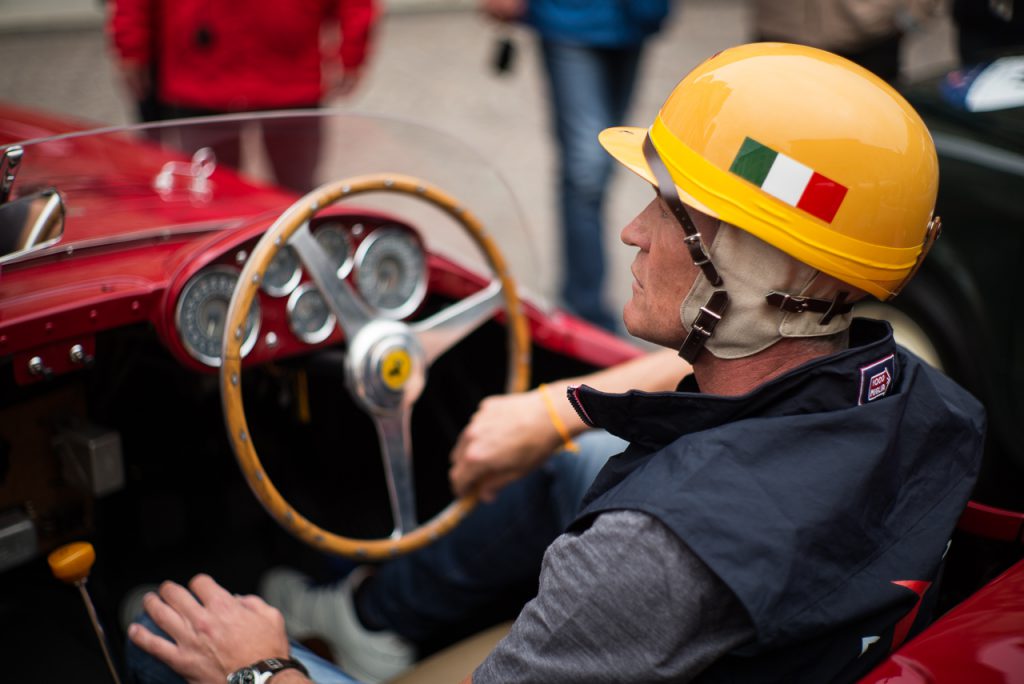 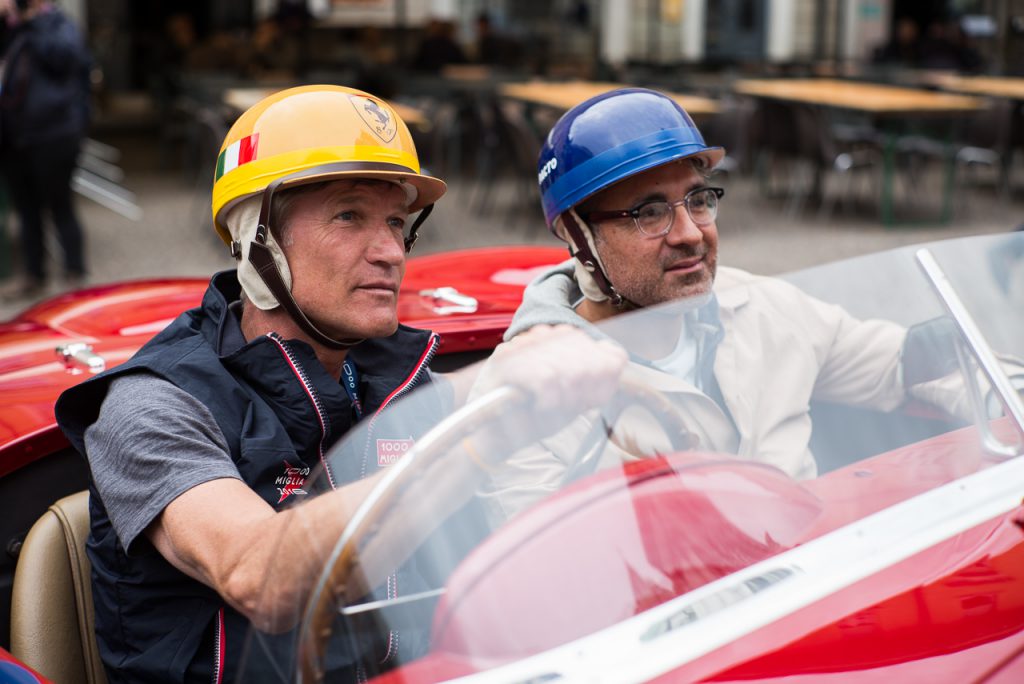 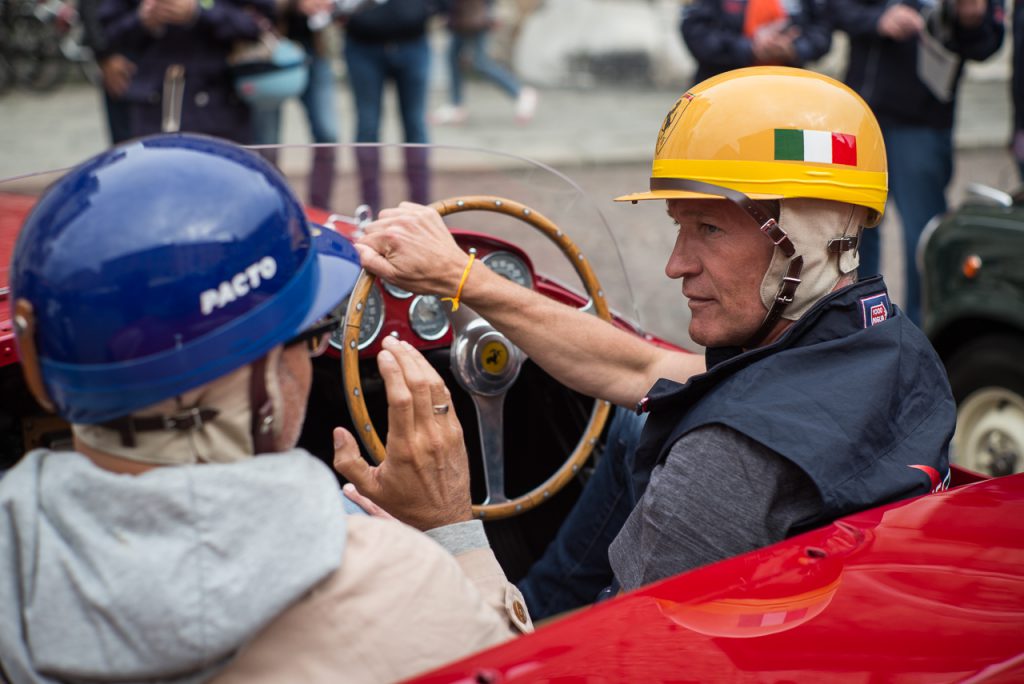 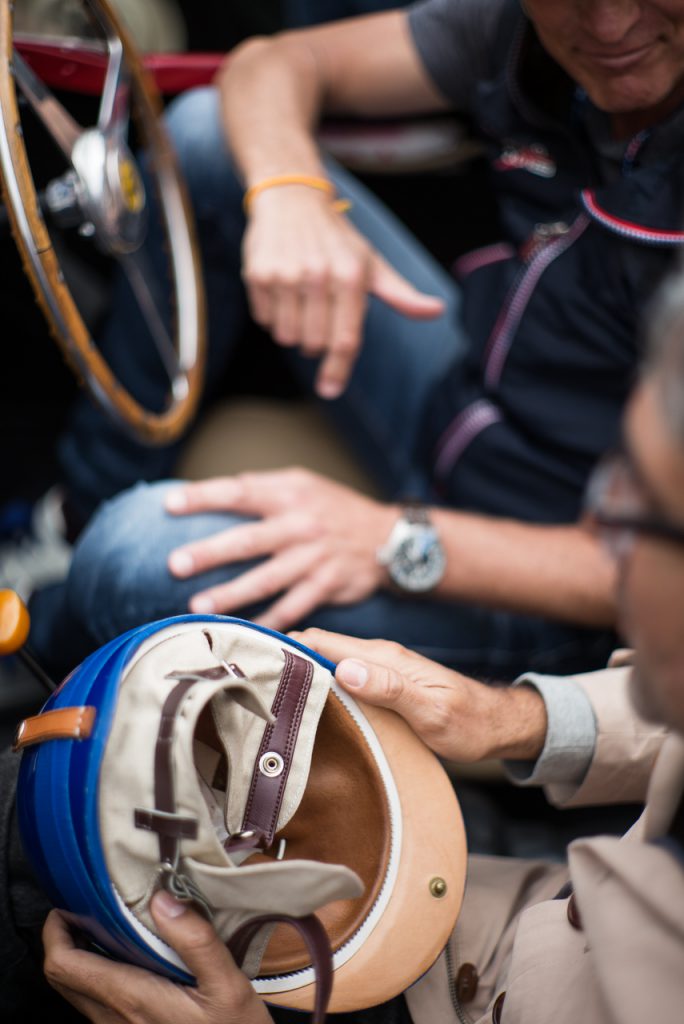 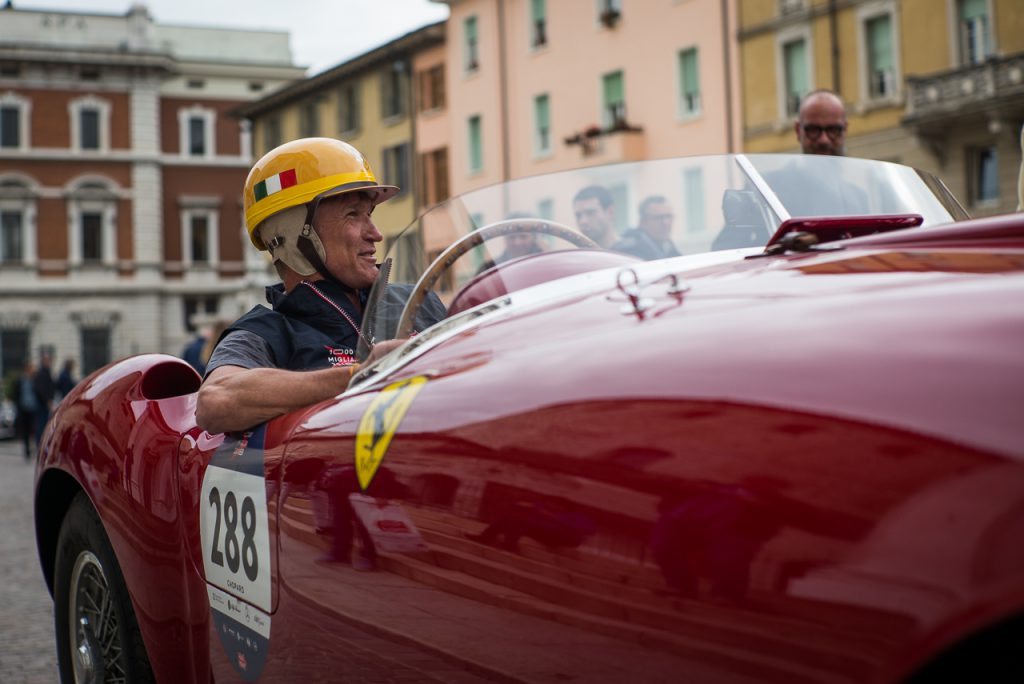